Showing posts from September, 2005
Show all

I am leaving on a Jet Plane

September 26, 2005
Tonight i fly off to Redmond to attend the MVP Global Summit 2005. Apart from the technical content that is anyway going to be superb I am looking forward to: Meet the Indian MVPs after a long time Regional dinner where i will host tambola and have made a cool video that i hope everyone will like. Meet Pakistani delegation and explore ways of collaborating with communities there Meet the MVP Leads from other region EMEA, LATAM and USA Nugget for information: I got so busy booking flights for attending MVPs that i forgot my own.. at the last moment i got a booking that is going to keep me in transit at Los Angeles for 6 hours and consequently i will arrive at 19:00 hrs in Seattle (i.e. around 8 hours more than other people flying into Seattle :) ------------------------------------------------------------------------------- This posting is provided "AS IS" with no warranties, and confers no rights.
4 comments
Read more 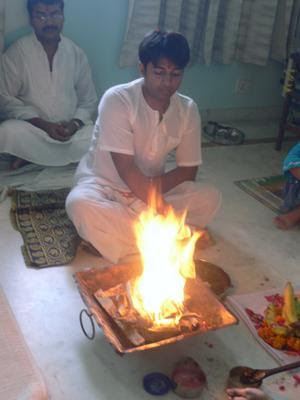 The Art of Becoming an MVP

September 20, 2005
Reprinted from the newsletter printed at TechEd India 2005, the article titled - "The Art of Becoming an MVP": Are you a technology enthusiast who takes pride in nurturing and inspiring fellow technologists to learn and grow to keep apace with the changing technological trends? Are you pondering over the question… “What does it take to be a Microsoft MVP?” While surfing we came across a line that inspired us to take a shot at the art of becoming an MVP - “I've always been concerned about the whole MVP thing, there seems to be a lot of mixed messages out there and I haven't seen anyone clear it up….” Here's our unofficial attempt to clear the air! Microsoft Most Valuable Professionals (MVPs) are the true Rock Stars in today's tech-savvy world; credible, technology experts from around the world who inspire others to learn and grow through active technical community participation. Every quarter, a new set of MVPs are announced. The MVP nomination is an ongoing
1 comment
Read more

September 19, 2005
With PDC 2005 done, many people talked about it. Here is a post from Somasegar that caputres what developers might be most interested in from PDC: "This week at the PDC 2005 , we announced a number of key technologies – Language Integrated Query (LINQ), “codename Atlas” and Visual Studio Tools for Applications (VSTA) - that teams are hard at work in our division. From showing thought leadership and innovation to enabling more developers to adopting .NET to building richer web user experiences, these innovative technologies are a key part of delighting our developer customers at the PDC. LINQ is an extensible set of language extensions currently available for Visual C# and Visual Basic.NET. LINQ enables developers to query objects, databases and XML using a unified programming model because LINQ makes data transforms and queries first class NET citizens. Historically, programming and data have been two different islands. The development of data-enabled applications has present
Post a Comment
Read more

September 19, 2005
The numero UNO benefit of the MVP Program worldwide remains the MVP Global Summit that is held at Redmond. It is being held from Sept 28 to Oct 1 at Microsoft Campus. It is the single event that brings about diverse set of people to a single platform of technology. In year 2005, the MVP Global Summit will be attended by people representing more than 70 countries from across the globe. There are around 3100 of the Microsoft technology enthusiasts whom we call MVPs and around 1500 of them are attending this Summit (these are not exact nos but indicative only). That means around 50% of the MVPs will be at a single location abosrbing all the rich content that Microsoft has to provide. The detailed agenda of the Summit can be seen at: http://microsoft.crgevents.com/MVP05/Events/MVP05/Content/Home/default.asp In my opinion, if there is any event that provides so much of technology depth for a select audience it is this MVP Global Summit. I can't help but compare this to the PDC where M
Post a Comment
Read more

September 15, 2005
With PDC underway, heaps of new technologies are being previewed. Amongst the graphic web designing space, there has been slew of 3 products released: Acrylic: The professional graphic designing tool that supports vector and bitmap graphics. Sparkle: The "real" thing that let's you do the interactive design on websites the way flash does that today Quartz: The tool for web page layout aka Frontpage reborn. This will form the next generation of tools for web designers and graphics professionals. The family of products is called "Microsoft Expression". the new technologies are based on the Windows Vista Technologies. Flash till now has been the only one and the most preferred of rich design tools for the websites. now you will have another that benefits from the latest in technology (Windows Vista) and has the benefit of being very closely integrated with Visual Studio that makes the interactive applications on the web a reality.. More details about the products a
1 comment
Read more

Now talk with others on Windows Vista Forums

Google consolidating its identities an killing privacy in turn?

September 15, 2005
Was looking up orkut.com and was greeted by the welcome message that said that now orkut ID is being moved to a uniform Google ID.. post that on registering with the existing orkut ID i could link up everything to one GoogleID of mine.. the first time i had seen the effort towards unifying the identities was at gmail . Not that the uniform ID is an issue but isn't it a movement towards monopolising / dominating the identity space by Google? The same MSN Passport frenzy that didn't go down well with some customers on the same fear... Personally, I think MSN Passport is much more privacy friendly than the current rudimentary google user ID and password combo. MSN Passport is built around privacy and then sharing of information. From the google privacy page , they track your clicks on the page (including UI elements, ads, links, and other information), drop cookies on your machine that track all this aggregated information for benefit of google.. ------------------------------
Post a Comment
Read more